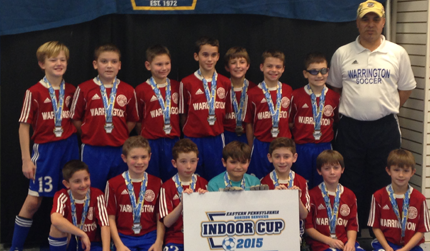 Congratulations to the U10 Boys White Academy Team on a successful run in the recent state indoor cup tournament. The team, won it’s first three games making it to the tournament semi-final. In the semi-final the game went to extra-time and was decided with the boys winning on PKs. Only in the final did this great run end where they fought hard but lost 4-2. Everyone at Warrington Soccer congratulates the boys on finishing runner’s up in the state tournament and we look forward to your continued development.